DashGL is a small library for managing matrices and vectors written in C. This is site serves mainly as a tutorial site for how to use the library with the GTK+ on Linux. Documentation for DashGL can be found on the Wikipage on the Github Repository.

Right now the site doesn't use a commenting system so I don't have to sort through potential spam. Though I definitely think it's an important feature to have, since it lets you see other peoples' input on a given subject within the context of the page. In other words, it's something I'll look into but not something I want to implement right now.

Otherwise, you can get in touch with me from one of the options below.

By day I am a Javascript programmer, being in my late twenties Java was being taught when I was in high school. Meaning that even as early as ten years ago, low and mid-level computer programming languages were already be phased out in favor of high level Object Oriented Language. C is the language I primarily use in my free time to attempt to gain a more fundamental understanding of computer science.

If you take a look at my Github repositories you will find bits and pieces of different Windows Libraries to use. I decided to settle on GTK for two reasons. The first reason is that with Gnome becoming the default Desktop Environment on Ubuntu and Fedora, I want to throw in my support to try and brind more ubiquity to the fragmented Linux landscape.

For example you can do programs like the Dash-Texture-Viewer. 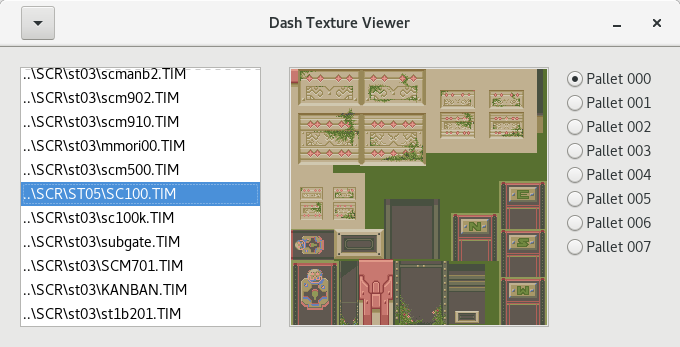 The second reason is that GTK allows for the use of buttons, layouts and other widgets. So while most window libraries are just a window with an OpenGL context provided, GTK provides additional tools that can be used with the OpenGL context for debugging or as a user interface.

Because [insert year here] is the year of the Linux desktop! But more specifically, it's also about ubiquity. Rather than building on a proprietary platform, we want something that is completely open source than anyone with a Linux distribution can access. And then have all of the source be completely open so that no part of development is hidden from the programmer.